Video - The Making of a Champion: Cung Le (VHS)

(No reviews yet) Write a Review 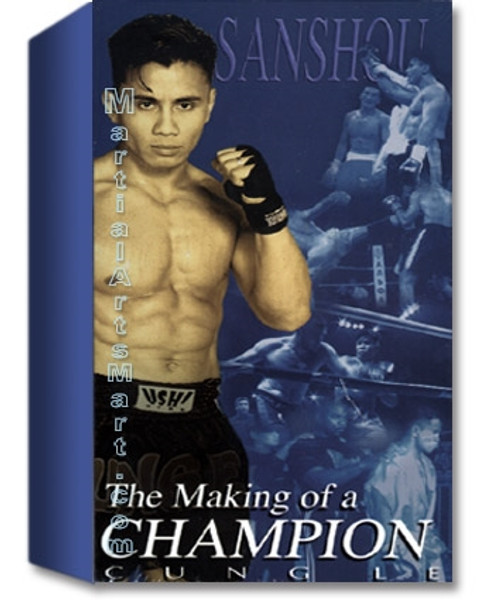 Video - The Making of a Champion: Cung Le (VHS)

The Making of a Champion: Cung Le Baby Cung Le fled Saigon in his mother’s arms aboard one of the last Army choppers to lift off of the US Embassy. He was relocated to a refugee camp, and ultimately settled in the United States. Now he proudly represents the United States as the captain of the US Kung Fu Fight Team and is the reigning United World Light Heavyweight San Shou Kick Boxing Champion. Join us for a ringside seat as we take you through Cung Le’s world of fierce combat with a richly detailed look into the fights and training that have made him a Champion. Behind the façade of glitz and glamour that accompanies World Champion, there exist a world of severe training, relentless determination and ruthless fights. These is but one chilling reality for all fighters, you are either the Hunter of the Hunted. VHS

(No reviews yet) Write a Review